The casino game provider Betsoft prides itself on its ability to provide igaming products of exceptional quality thanks to its team of designers, software engineers and artists.

The software developer's titles are characterized by their playful colorful art as well as their fun themes, engaging gameplay and innovative features.

As a result, Betsoft casino offerings now form part of the game collections of several reputable establishments which cater to US players.

We invite you to explore a few of the software developer's most popular titles which fans residing in the United States are likely to find enjoyable: 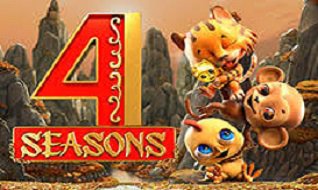 A cartoon-like slot inspired by the Chinese calendar, 4 Seasons features creatures which are a key part of the Eastern Asian zodiac.

The Betsoft casino game which is a five-reel, three-row and 30-payline slot, also comes with an RTP of 95.30% meaning you will have a chance at bagging exciting cash rewards.

The playfully rendered adventure takes place against an enchanting backdrop of natural beauty which changes from season to season.

It also features the 12 animals of the Chinese zodiac and in a fun twist which adds to the immersion of the game, grants each one of them a turn at being in charge of the spins.

It is worth noting that winning combinations formed by the animal which happens to be at the top will mean a multiplier of x10 while those formed by icons beside it will provide 5x.

A golden cat serves as the wild symbol and five of them can net you a $50,000 win. The game's scatter symbol is represented by a ying yang icon in gold and white which is capable of providing you with a maximum of 20 free spins.

With its delightfully varied features as well as colorful graphics, it is hardly surprising that this Betsoft slot has won over an army of fans delighted with yet another of the developer's offerings.

A Night in Paris 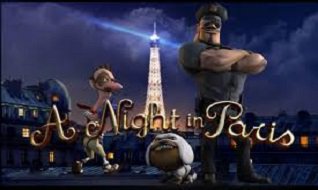 This quaint offering from Betsoft takes place in the famed City of Lights and revolves around a burglar's attempts to make off with works of art from a museum and the valiant efforts of the security guard to thwart the theft, aided by his canine sidekick.

The software developer's five-reel, three-row and 30-payline title which also has an RTP of 96.50%, features key symbols inspired by icons associated with the French capital. These include a croissant, a couple, the Eiffel Tower, pigeons, a vase and the Venus de Milo.

Another key symbol is the security guard's badge; three of them will activate the Chase Free Spins feature which will ensure you get to enjoy bonus spins.

The painting is also another important icon and three of them will activate the Caught in the Museum feature during which you will get to pick your choice of valuable artifacts and end the casino slot on a suitably high note.

This casino offering features an astounding twist in which the villains of fantasy, goblins get to take center stage in the presence of their more graceful adversaries, the elves. And it is up to you to help them with their plans for invasion in this five-reel, 30-payline slot.

While exploring the Betsoft casino title which comes with an RTP of 97.20%, you will get to encounter symbols such as crowns, diamonds, elves, goblets, goblins, moons and wanted posters.

It is worth noting that elves come with the highest value of all - proof of their ability to steal the spotlight in any fantasy setting.

A wooden cottage which is also refered to as a sticky wild may activate respins. The presence of the Elfania scatter may also result in additional bonus spins and even multipliers as well.

Another important icon is the Book of Secrets scatter which may activate the casino slot's bonus game. Here you will have the opportunity to aid your goblin allies in their invasion of Elfania and might make off with loot which will translate into cash prizes for you.