There is a Reason Microgaming Software is One of the Best

Renowned for the graphical and immersive qualities of its games, Microgaming remains one of the largest and most successful casino software developers within the sector.

As a result, the presence of its logo and its titles at a wagering establishment is often a sign that the operator in question is likely to be a top tier website.

Particularly since the most successful, reputable online casinos tend to seek the software developer's custom.

It is worth noting that although titles produced by the developer were previously unavailable to US players, it is now possible to have access to them. This is due to the fact that they are currently offered at a number of casinos that cater to residents in the United States.

We have provided overviews of some of the most popular Microgaming casino slots. 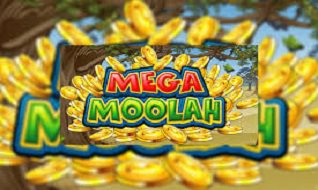 One of the most widely known slots on the planet, Mega Moolah has actually made it into the Guinness Book of Records for the astounding wins it has granted a few betting fans.

The five-reel, 25-payline Microgaming casino offering which comes with an RTP of 92.02% takes place in a verdant tropical forest whose residents are represented as high paying symbols.

These include a buffalo, an elephant, a giraffe, an ibis and a zebra. The game's wild symbol is a lion which has the potential to double any of your wins.

The scatter symbol is a monkey which will unlock the game's free spins feature when three to five of them show up in a row. As a result, you will be able to look forward to 15 free spins as well as your winnings being tripled.

The game also comes with four jackpots (Mini, Minor, Major and Mega) which get activated randomly and which hold the key to the astounding wins that have broken records worldwide.

In this five-reel, three-row, 25-payline Microgaming casino slot, the developer invites you to take a glimpse of the lifestyle of the rich and famous.

High Society comes with an RTP of 97% and features key symbols which include bags of cash, gold bars, jewelry, platinum bars, private jets and private yachts.

The game's wild symbol is represented by the High Society logo and may show up during the game itself or its bonus feature.

The scatter symbol is represented by a €100 bill and three or more of them will activate the free spins feature.

This Microgaming casino slot focuses on the only metal capable of surpassing gold in the luxury stakes: platinum.

The five-reel, 40-payline game provided by the software developer also comes with an RTP of 96.49%, and is filled with symbols represented by the luxurious items all created from the precious metal including platinum bars, rings and watches.

The game's wild symbol is represented by the Pure Platinum logo; it is also the most valuable of all and five of them can activate a 1,000x multiplier. The scatter symbol is a recording disc made from the gleaming metal.

Whichever choice you make, you are likely to experience delightful wins and profits which will make your experience playing this Microgaming casino slot worthwhile.