A Look into why Playtech is an Industry Leader

A pioneer of the online wagering industry, Playtech is one of the world's largest casino software developers.

Founded in 1999, a few years following the launch of the online casino industry, the developer provides products across a wide range of platforms that US players can access using a single account.

The outfit's dedication to remaining at the forefront of technological innovation within the sector has enabled it to withstand stiff competition.

As a result, its offerings remain highly sought after by reputable casinos and their fans. The titles examined below are some of the software developer's offerings you are likely to encounter at establishments that cater to residents of the United States. 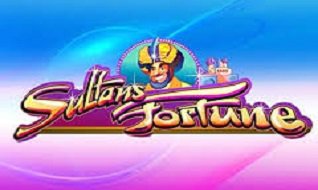 In this no frills, three-reel slot, you will encounter a generous ruler who is only too willing to share his fortune with you.

Important symbols to look out for in this Playtech casino slot which comes with an RTP of 97.26% include coins, emeralds, hearts, pearls, and scimitars.

The presence of the game's wild symbol (a top hat) in the right combination, will double your stake while the presence of two of them will quadruple it. The top hat can be especially valuable since it is actually capable of multiplying your stake by 10,000x.

Overall, the simplicity of this Middle Eastern-themed casino game makes it rather easy to follow and you will be able to instantly tell when you have bagged a win.

Secrets of the Amazon

In this Playtech casino slot which is set within the lush Amazon, the software developer invites you to explore long lost civilizations while braving dangerous predators at the same time.

Featuring five reels, three rows and 20 pay lines, the slot also comes with an RTP of 95.30% and plays out against a colorful tropical backdrop.

A mysterious princess is the slot's wild symbol and her presence as part of a winning combo will double your win. Two or more wilds may even land you with a 10x multiplier while the presence of five of them may even result in a 50,000x multiplier.

The game's scatter symbol is the moonflower and the presence of three or more of them will activate its Moonlight Free Games feature.

In this five-reel, nine-pay line game, you will get to venture on to the high seas as you star in your very own pirate adventure.

The Playtech casino slot which also comes with an RTP of 96.08%, features several symbols with an anchor, cutlasses, a map and a wheel having the highest values.

The game's wild symbol is the captain which will be able to substitute every other symbol except for the scatter symbol which is represented by a treasure chest.

The presence of a sequence of scatter symbols can mean particularly good news and such an occurrence may actually result in multipliers ranging from 20x to 30x.

Captain's Treasure happens to be yet another Playtech casino no frills title which fans will enjoy due to the generous rewards it provides.